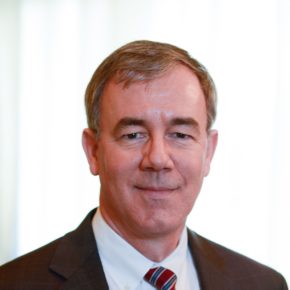 Mr. French is President and Chief Executive Officer of Shenandoah Telecommunications Company (“Shentel”) (NASDAQ: SHEN), a provider of diversified telecommunications services to customers in the Mid-Atlantic United States. He has served as President and CEO of Shentel since 1988, and has been a member and Chairman of the Board of Directors since 1996. Prior to appointment as President, Mr. French held a variety of positions with Shentel, including Vice President Network Service and Executive Vice President.

Mr. French was a member of the Board of Directors of First National Corporation (OTC: FXNC) from 1996 to 2018, and served as a member and Chairman of the Audit Committee.

Mr. French holds a BS in electrical engineering and an MBA, both from the University of Virginia.

« Jennifer Sager Gentry
The Hon. Nancy Firestone »
We use cookies to ensure that we give you the best experience on our website. If you continue to use this site we will assume that you are happy with it.AcceptPrivacy Policy