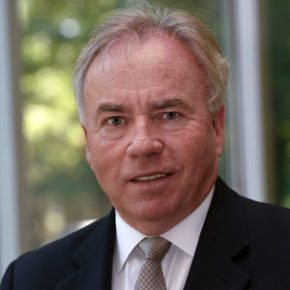 Glenn DuBois, of Richmond, became chancellor of the Virginia Community College System in July 2001, serving as chief executive officer of a 23-college, 40-campus system of comprehensive community colleges. He was previously commissioner and CEO of the New Hampshire Community Technical College System, with seven campuses, and was director of community colleges for the State University of New York, one of the nation’s largest networks of community colleges. In addition, he has more than 10 years of teaching experience. DuBois received his doctorate in higher education administration, research and policy from the University of Massachusetts. He holds a master’s degree in juvenile justice and criminology from Eastern Kentucky University, a bachelor’s degree in criminal justice from Florida Atlantic University and an associate of science degree in police science from the State University of New York in Farmingdale.

« Elizabeth El-Nattar
Ben Davenport »
We use cookies to ensure that we give you the best experience on our website. If you continue to use this site we will assume that you are happy with it.AcceptPrivacy Policy