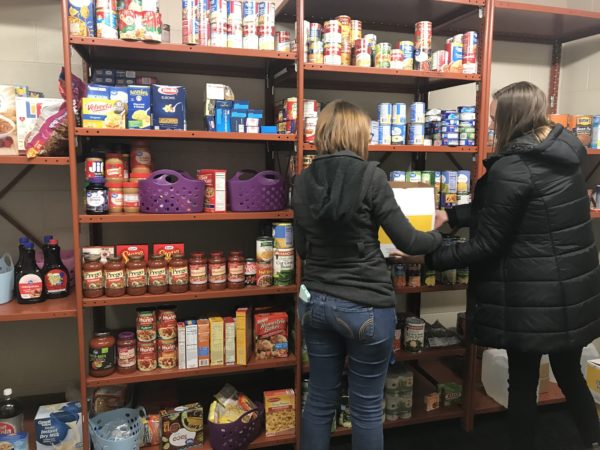 According to Students Polled, Food Insecurity on College Campuses Has a Clear and Negative Impact on the Educational Experience

It’s hard to concentrate in class or to focus on your studies when you’re hungry and worried about where you’ll get your next meal. Whether due to nutritional deficits or the stress and distraction of dealing with financial hardship, food insecurity can compromise students’ ability to perform well in their classes. In extreme cases, food insecurity can force students to take time off from school or abandon their education entirely.

In one recent survey of food insecure students conducted by the University of Massachusetts, Boston, 80 percent of respondents reported that their food insecurity affected their class performance. More than 55 percent indicated that food insecurity compromised their ability to attend classes, and four percent stated that they had to forego college for one or more semesters due to food or housing insecurity.

To better understand the extent and consequences of food insecurity for college students, the College and University Food Bank Alliance, the National Student Campaign Against Hunger and Homelessness, the Student Government Resource Center, and the Student Public Interest Research Groups worked together and surveyed college students at 34 community colleges and four-year colleges in 12 states. Their results were compiled in the aptly named report, Hunger on Campus: The Challenge of Food Insecurity for College Students.

In order to measure food insecurity, students who participated in the research study completed the U.S. Department of Agriculture’s (USDA) assessment of hunger by answering a panel of questions regarding their experiences with food in the last 30 days as well as in the last 12 months. Their scores ranked them into one of the categories on the USDA’s food security scale that range from “high food security” to “very low food security”.

With food insecurity a concern for nearly half of college students, helping to alleviate this problem is a clear step toward higher retention rates and overall student achievement.

Thanks to Support from the Anthem Foundation, Virginia’s Community Colleges are Chipping Away at Student Hunger

The Anthem Foundation intimately understands the connections between proper nutrition, good health, and success in education. In April 2019, they contributed $100,000 to the Virginia Foundation for Community College Education (VFCCE) to help alleviate food insecurity for community college students throughout the Commonwealth.

The Immediate Impact of Anthem’s Gift

Thanks to dedicated staff and volunteers, the Anthem Foundation gift to the VFCCE made a considerable difference statewide in little time. This generous contribution was specifically earmarked for use first in the schools with the greatest need: those in Virginia’s Rural Horseshoe Region.  In these rural schools with already-established food pantries and other programs to help combat student hunger, funds were able to expand services and provide new options for a variety of levels of food insecurity.

The expansions and creative new facets to existing programs that fight food insecurity made possible by the Anthem Foundation investment include:

New food pantries and other creative resources to battle food insecurity have been established at three additional Virginia community colleges in the Rural Horseshoe thanks to support from the Anthem Foundation.

Student Hunger is an Ongoing Challenge, But You Can Help

Food insecurity in Virginia’s community colleges is a challenge that requires constant attention. The Anthem Foundation’s contribution has enabled over a dozen schools to make great strides in their ability to help students fight hunger, but the need is ongoing.

To help these colleges in their efforts to reduce food insecurity, please consider making a gift to the Virginia Foundation of Community College Education (vfcce.org) or contact the college food pantry in your community about donating non-perishable food items.