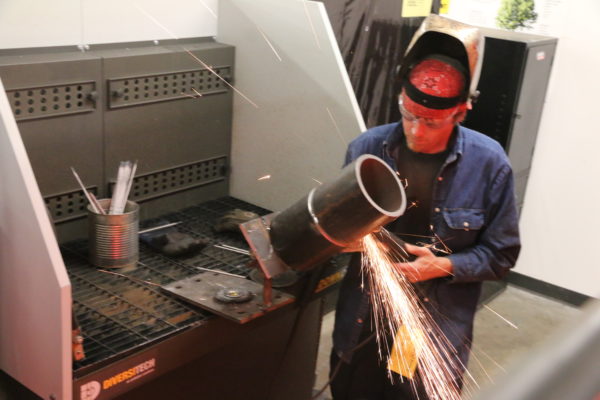 by Madeline St. Amour
Published on Inside Higher Ed

Advocates for increasing college attainment and equity say that free college programs need to cover more than just the cost of tuition.

The Commonwealth of Virginia has a proposal that would do just that, although some are criticizing the proposal’s eligibility restrictions.

The Get Skilled, Get a Job, Give Back, or G3 program, was included in Democratic governor Ralph Northam’s $138 billion biennial budget proposal. The $145 million program would make community college tuition-free for low- and middle-income students, as well as provide grants for other costs like transportation and food.

With this plan, students will get up to $1,000 per semester for those extras, which is based on the amount they would earn for working 10 hours per week at the state’s minimum wage of $7.25 per hour.

“Now these students are working two part-time jobs and not three,” Healy said.

While a growing number of states have announced free community college programs, they tend to be “last-dollar” models, meaning the state will cover tuition after a student uses up all other grants and aid. Many advocates support a “first-dollar” approach that would cover tuition first and let students use Pell Grant money for books, food and other expenses.

But first-dollar programs tend to be the most expensive. Virginia’s proposed program seeks to split the difference by being “last-dollar plus,” adding basic needs coverage to the standard tuition grants.

The program is limited to families who earn up to 400 percent of the federal poverty level, which was $25,750 for a family of four in 2019. Unlike many other plans, adult and returning students would have the opportunity to take advantage of the program. The average age of students getting short-term credentials is 36, according to Healy, and about two million Virginians have some college credits but no degree.

Healy estimates that roughly 40,000 students could take advantage of the program if it’s passed.

Reid Setzer, director of government affairs at the Education Trust, said the state should be applauded for trying to address the issue of outside costs for students.

The proposal includes a few caveats. Students would have to sign a “community engagement agreement” that states they would complete two hours of work experience, community service or public service for each credit hour they are enrolled. Healy said she expects to count the time students spend working if they don’t have any time to provide other service. This aspect of the program aims to connect students with the community so they’ll stay, as well as to provide opportunities for them to build soft skills.

It’s also limited to students who are enrolled in certain fields. The budget language doesn’t call out specific areas, Healy said, so it can shift over time. The fields would be chosen based on short- and long-term economic projections, employer input, and the number of job openings, she said. Right now, it includes health care, information technology, public safety, early childhood education and skilled trades.

So far, Healy said there is bipartisan support for the program. The proposal would receive final approval in March and then begin in the fall.

Research from the Education Trust found that Virginia has an affordability gap of $3,400 for community colleges — meaning that students on average are unable to cover that gap — so this proposal won’t solve everything, Setzer said. The assumption that students will still have to work multiple jobs also is troubling, he said, as research has shown that working 10 hours or less while in college is ideal for student success​. The community engagement requirement, even if does accept students’ regular work, could still serve as a psychological barrier that could hurt participation, he added.

Mark Huelsman, associate director of policy and research at the think tank Demos, said the program has some “good elements,” but he’s “skeptical” of how narrowly tailored it is.

“I don’t know that today’s policy makers always have a great handle on what the skills and jobs of the future will be,” Huelsman said. “We should let students choose their own path; if we overly prescribe it, it’s complicated and leaves students out.”

He also said that adding an income-level limit makes it “overly complicated.”

Healy said they looked at doing a blanket free community college program, but it would cost half a billion dollars over the biennium​. While the state’s economy is doing well and income and sales tax revenues were higher than expected, that still only goes so far.

“For our first step out of the gate in this area, we wanted to think about, what does our economy need? What do employers need?” she said.

Healy also said they needed to devise a plan that would get bipartisan support, and only Democrats would support blanket free college programs.

Martha Kanter, executive director of the College Promise Campaign, also supports the inclusion of need-based grants, citing Maslow’s hierarchy of needs, a psychological theory that people need to secure physiological and safety needs before moving on to bettering themselves.

“If you don’t take care of food, shelter, clothing, transportation — just basic needs in the 21st century — then the burdens on students and their families become unmanageable,” Kanter said.

Huelsman also supports this part of the proposal.

“At community colleges, tuition is only 20 percent of the total cost of attendance,” he said.

But, while the $1,000 grants are a “good start,” Huelsman added that the state may need to think bigger.

As the newly Democratic General Assembly gets its footing, Healy expects the state’s minimum wage to one day get an increase, which could trigger an increase in the grant size.

Whether including funds for basic needs will become a trend in free college programs is yet to be seen. Kanter said she didn’t know free college would be a trend a decade ago.

“I think people are more aware of the basic needs of students and families now than they were 10 years ago,” she said, “and I think business leaders and communities are coming together to make that available.”

“It’s quite clear to me that if we care about increasing attainment, if we care about making college more affordable, then meeting that cost of living, whatever that entails, is vital to that effort,” he said.

Those in higher education need to broaden their financial understandings of the modern American household, said Huelsman. It’s important for those making policies or running colleges to understand what’s happening with wages, health-care costs and inflation. Right now, leaders seem to focus mostly on higher education economics, like the Pell Grant and tuition increases.

“It’s very siloed,” he said. “Meanwhile, we are seeing an economy in which wages are stagnant. A better understanding of that and a better incorporation of that can’t be a bad thing.”