Learn how you can support student success with a gift to the VFCCE.

The Hand That Feeds 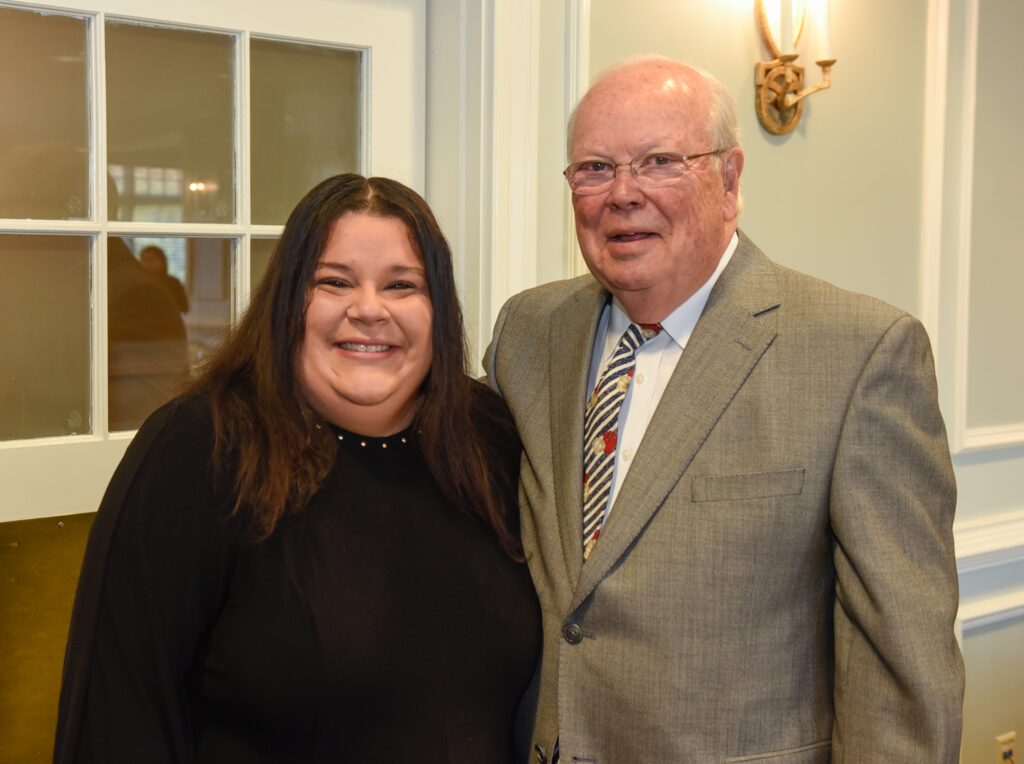 Ben Davenport believes that all people are created equal. “But they don’t have equal opportunities,” he suggests.

A native and lifelong resident of Chatham, Va., his parents were “children of the Great Depression,” he says. His father was able to go to college for a year. His mother was unable to attend. Both were hard working and, driven by moral principles, found their way to success—determined their children would have the opportunities they didn’t.

Davenport attended Hargrave Military Academy and Virginia Tech, graduating from the Pamplin College of Business in 1964 with a B.S. degree in business. After college, he entered the U.S. Coast Guard, then returned home to Chatham where he now serves as chairman for Davenport Energy, a company founded by his father. He also serves as chairman of First Piedmont Corp., a full-service waste management company, and holds numerous leadership positions for other organizations, including on the GO Virginia Growth and Opportunity Board, and on the boards for Hargrave Military Academy, the Institute for Advanced Learning and Research, the Future of the Piedmont Foundation, and Mid Atlantic Broadband.

“I’ve been blessed,” Davenport says. But with success comes great responsibility, he suggests—including the need to give back. And he’s done so in ways that honor his parents’ vision for providing the gift of education.

In 2016, Davenport and his wife, Betty, invested $1M through the Virginia Foundation for Community College Education (VFCCE) to engage four community colleges in a pilot program, providing 150 early childhood professionals with access to high quality early childhood programs at their local community colleges. In addition, these students were supported with academic coaching, supportive services, and onsite workplace mentoring. Now, as the new chairperson for VFCCE, he’s broadening his focus. As the supporting arm of Virginia’s 23 community colleges, VFCCE broadens access to educational opportunities for all Virginians, ensuring the long-term success of the Commonwealth’s workforce. And never has there been a more critical time for these efforts, Davenport suggests.

“I’m someone who believes that we shouldn’t have a K-12 educational system, but we should have K-14, and that the community college system should be viewed as a continuation of basic education,” he says. At the same time, “Some things are not just altogether the responsibility of government,” he adds.

At a time when companies face severe labor shortages and a need for new skills, Davenport sees community colleges as a critical component to Virginia’s labor force. “The world has changed,” he says. “What was acceptable in job skills 20 years ago is no longer. The companies that we’re attracting today are companies that require, at a minimum, certain credentials.” Yet, in the U.S., most public and private money for supporting secondary education goes to universities, he points out—institutions that house students who are already most likely to succeed. Philanthropic support for Virginia’s community colleges and community college students brings equitable balance to those benefits, he says.

In his hometown of Chatham, history illustrates the alternative, he points out.

“We lost basically all of our industrial base around the turn of the century and the ones who were the best and brightest left,” he says. Those who were left behind, “had the same abilities,” he suggests, but their parents lacked the ability to provide them with what they needed to advance through education. “That’s what really charges me up about all of this,” he says. “I decided that I needed to get involved and that maybe this was one of the best ways to redevelop the workforce and the level of education in our region and across the state … I think the community college system, by and large, has been taken for granted.”

With greater help from VFCCE’s donors and programs, “In a very short order, meaning in just a few years, Virginia’s workforce problems and labor shortage could be solved,” he says, adding, “But in order to do that, there has to be significant investment—not only by government, but also by corporations, industry and private individuals.”

« Fueling the Future: 2020-2021 Annual Report
Building on a Legacy of Success »
We use cookies to ensure that we give you the best experience on our website. If you continue to use this site we will assume that you are happy with it.AcceptPrivacy Policy